Member Inquiry
Inquire
会员查询所显示资料及其他文字说明均有您注册时所填写，本系统不设修改、增加、删除会员信息等功能，如若需要修改信息或者变更手机号码的用户请您携带会员卡到门店进行修改密码修改可由手机发送验证码MMXG到123456789进行修改，谢谢您的配合！ Supplementary information The member display information and other text descriptions are filled in when you register. The system does not have functions such as modifying, adding, and deleting member information. If you need to modify information or change your mobile phone number, please bring your membership card to the store You can modify the password by sending the verification code MMXG to 123456789. Thank you for your cooperation!

Benefiting from a clearly accelerated China strategy for health, the big health industry is welcoming the biggest “window” in the history of industry development. In an interview at the International Academic Forum on Haematococcus Pluvialis Application and Innovation, Hu Zhixiang, Executive Chairman of Yunnan Lv A Bio-Engineering Co., Ltd. said that China's health care product industry will enter a stage of quality competition. Relying on the advantages of Chenghai Lake's origin, Green A is actively deploying red A haematococcus on the basis of strengthening and expanding natural high-end spirulina products, implementing the "spirulina + haematococcus" double-wheel drive small microalgae, and a healthy development strategy In order to meet the growing health demands of the public and comprehensively escort the aging society to achieve "Healthy China".

Since the discovery of spirulina for half a century, it has been promoted on a large scale in many countries such as Germany, the United States, Japan and other countries based on its unique nutritional value such as balanced nutrients, high nutrient content, and high digestibility. Nutrition pack. " As one of the three giants of spirulina in the world, Green A has been committed to the development and popularization of this natural biological resource for 22 years. In 2007, the technical barriers of chlorella industrialization rich in astaxanthin and known as "human health soft gold" by European and American scientists and medical scientists were overcome by Green A, which broke the international monopoly situation of Cynotech in the United States and Fuji Chemical in Japan in one fell swoop. , Its high-end product Red A Asda Soft Capsule was approved by the State Food and Drug Administration in August 2013 as a health food with the functions of "antioxidation" and "relief of visual fatigue" (Guo Shi Jian Zi G20130482).

Speaking of spirulina, many people naturally think of green A, which is not only closely related to the 20-year continuous promotion of green spirulina, but also the public's great recognition of the quality of green spirulina products. Green A Spirulina was identified as "green food" by the National Green Food Center at the beginning of its listing. It is also the only natural spirulina product approved by the Ministry of Health with five major health functions such as blood lipid regulation, immune regulation, anti-fatigue, and hypoxia resistance. Behind this high-quality product, there is the unremitting efforts of Green A people to invest in science and technology and protect the origin of spirulina products. 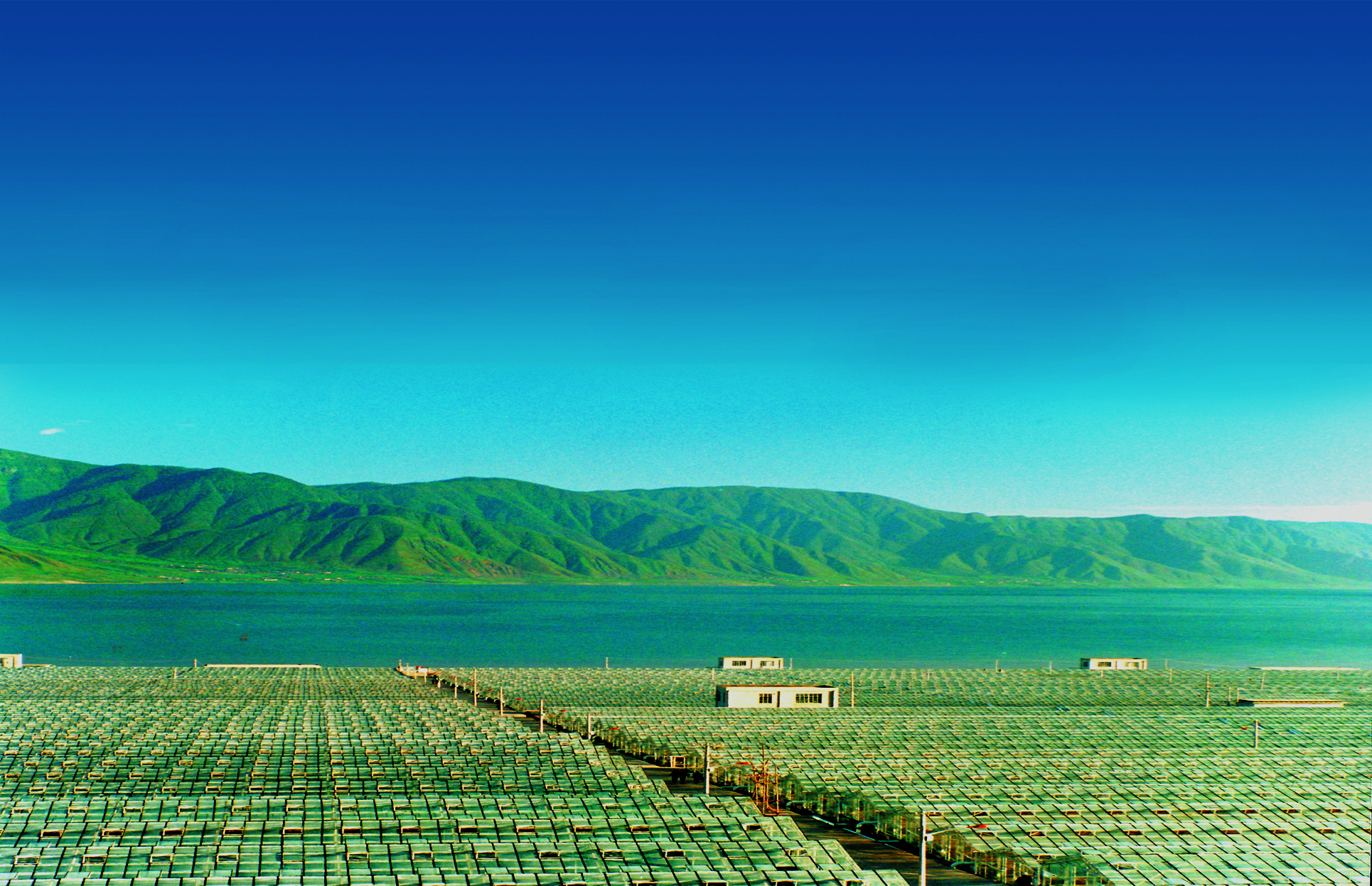 Green A Base, the World's Largest Natural Spirulina Base

As we all know, the quality of spirulina depends greatly on the species of algae. In the early stage of the development of the domestic spirulina industry, Green A took algae experts from the United States, Israel and other countries and the Institute of Botany of the Chinese Academy of Sciences for three years. "Chenghai No. 3" excellent algae species. In addition, Green A also introduced the world's advanced photoconductive technology and non-high-temperature algae powder drying equipment, which greatly improved the product and quality of spirulina, and laid a solid foundation for the large-scale and industrial development of spirulina in China. 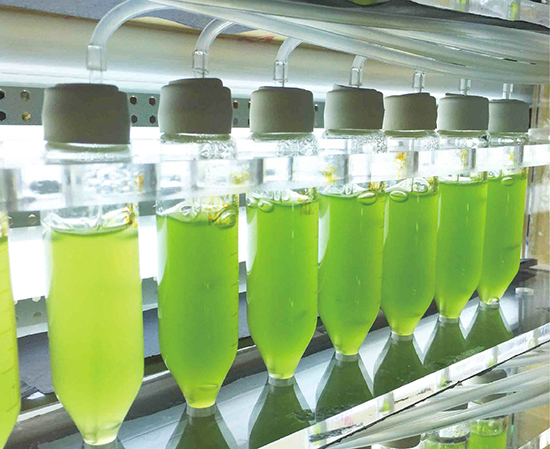 Subsequently, Green A completed a number of key technical studies such as process research, quality standard research, efficacy evaluation research, toxicology research, and hygienic research, and applied to the State Food and Drug Administration for the use of Haematococcus pluvialis as raw materials. Astaxanthin soft capsule-Red A® Asda soft capsule prepared by extraction and preparation process was awarded the two health cares of "anti-oxidation" and "relief of visual fatigue" issued by the former State Food and Drug Administration in August 2013. Functional health food approval (Guo Shi Jian Zi G20130482), the astaxanthin content in the product reaches more than 12 mg / capsule, which is the natural astaxanthin health food with the highest astaxanthin content approved in China.

After 22 years of hard work, Green A has gradually formed a microalgae industry model mainly based on spirulina and supplemented by haematococcus. In the field of spirulina, Green A has the largest natural spirulina cultivation base in the world, with an annual output of 3,000 tons of high-quality natural spirulina powder, accounting for 30% of the world's total production. Its spirulina research has reached the level of polysaccharide and peptide molecules. It has become an international microalgae research and development center, and its products are sold in more than 30 countries and regions such as the United States, Japan, Denmark, and France. No matter in terms of output or quality, Green A has advanced into an international health product manufacturer.

In addition to its strong scientific research strength, Green A also attaches great importance to the ecological protection of the natural spirulina and haematococcus producing areas, from the prevention of biological pollution in the large-scale culture of spirulina and haematococcus to the clean recycling of aquaculture wastewater. Utilization ensures the natural ecology of Chenghai Lake, provides a pure growth environment for natural spirulina and chlorella, and leads the sustainable development of Chenghai Lake's ecological resources. Green A has invented a new technology for wastewater recycling and obtained national patents, reducing water treatment costs and improving product quality. It has provided domestic and international technology demonstrations for the large-scale production of spirulina and haematococcus in clean production and carbon dioxide emission reduction applications.

With the implementation of the Healthy China Strategy, the Chinese health care products industry represented by Green A will also usher in new historical development opportunities. The left hand is the world-renowned natural nutritious food Spirulina and the antioxidant king red A haematococcus that spans half a century. The right hand has two core competitiveness of science and technology and origin. Green A adheres to the development philosophy of "taking public health as its responsibility" , To provide consumers with consistently high-quality, natural microalgae products, Qingqi microalgae industry, set the standard for the health industry.

Because natural spirulina is rich in nutrients, it contains 8 kinds of essential amino acids, as well as rich in vitamins, minerals and calcium, iron and other elements. One gram of spirulina is equivalent to 1,000 grams of vegetable and fruit extracts. Not only has it become a natural nutritious food for the improvement and improvement of the national health quality of countries around the world, it has also been widely used in food, medicine, health products, beverages, cosmetics and other fields. However, in China, spirulina products are still in the initial application development stage.

Red A. Haematococcus is one of the most popular microalgae in the world. It is mainly due to the fact that Red A is the microalgae with the highest natural astaxanthin content. It has a good effect on all human systems: for the human body Neurological, cardiovascular and cerebrovascular diseases have good therapeutic effects; can delay skin aging, prevent skin photoaging; reduce joint oxidative damage, improve muscle tolerance, and quickly recover from fatigue. Green A took the lead to realize the industrialization of Haematococcus, and successfully applied Haematococcus to health products and cosmetics, which laid the foundation for China to develop into a strong country in the microalgae industry.

Hu Zhixiang, chairman of Green A Bio, said in an interview that the research and development and use of functional health foods of spirulina and haematococcus are popular abroad, and their efficacy and safety have been confirmed. With the acceleration of the aging of our population and the aggravation of the task of preventing and treating chronic diseases, the public has increasingly extensive and urgent requirements for nutritional and health functions of food. Spirulina and haematococcus nutritious health foods have a broad space for development in the future. It is reported that Green A, while developing high-end natural health products such as Spirulina and Haematococcus, is constantly trying to expand the application field. Green A Spirulina Protein Powder, Green A Brand Zhiping Soft Capsule, Green A Spirulina Nutrition Snack Food, Red A Astaxanthin Antioxidant Essence Liquid, Green A Handmade Essential Oil Soap, etc. have been launched successively, and the market has received warm response.

"In the future, the health service industry will aim to reduce the risk of disease, change the pattern of taking medical care as the core, and form a pattern of taking health promotion as the core." Hu Zhixiang has his own judgment on the market, from "medical disease model" to "health medicine" "Mode" transformation is already an internationally recognized development trend. In the process of aging, spirulina nutritious food and Haematococcus will have great anti-aging ability. Hu Zhixiang emphasized that microalgae nutrition is an effective condition for strengthening elderly health care, delaying the aging process, preventing and treating various common diseases of the elderly, achieving healthy longevity and improving the quality of life.

Nutrition medicine is flourishing. Green Spirulina is a "green classic" with functional values such as enhancing immunity, assisting in lowering blood lipids, improving hypoxia tolerance, and alleviating physical fatigue; it has anti-aging and can penetrate the human body's barrier and directly affect the human body. The red A of Haematococcus of the cell is of great significance to China ’s huge silver-haired society. The application of microalgae will play an increasingly important role. Green A will definitely lead and promote the Chinese microalgae industry in a new strategy. Opportunity period achieved leaping development. ▲

《生命时报》第十届亚太应用藻类学国际大会四大论坛之一红A雨生红球藻国际论坛开讲 Previous post: Red A Rain Haematococcus International Forum, one of the four major forums of the 10th Asia-Pacific International Conference on Applied Algae, Life Times
《生命时报》中外专家大咖聚焦红A红球藻健康价值 Next: "Life Times" Chinese and foreign experts focus on the health value of red A haematococcus